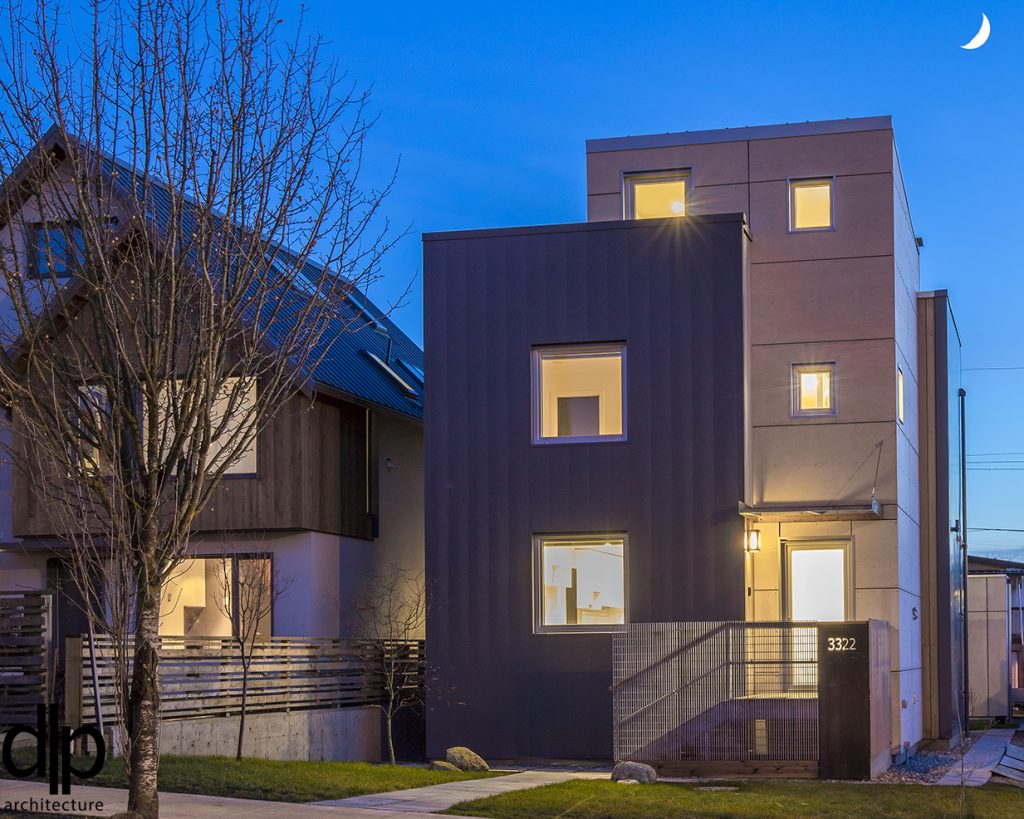 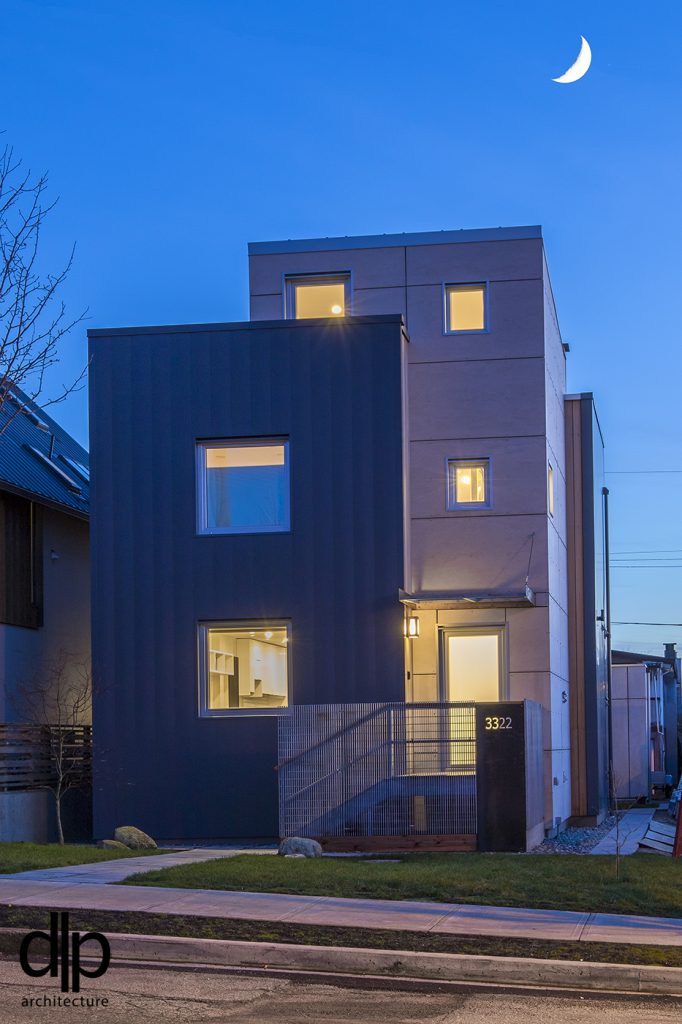 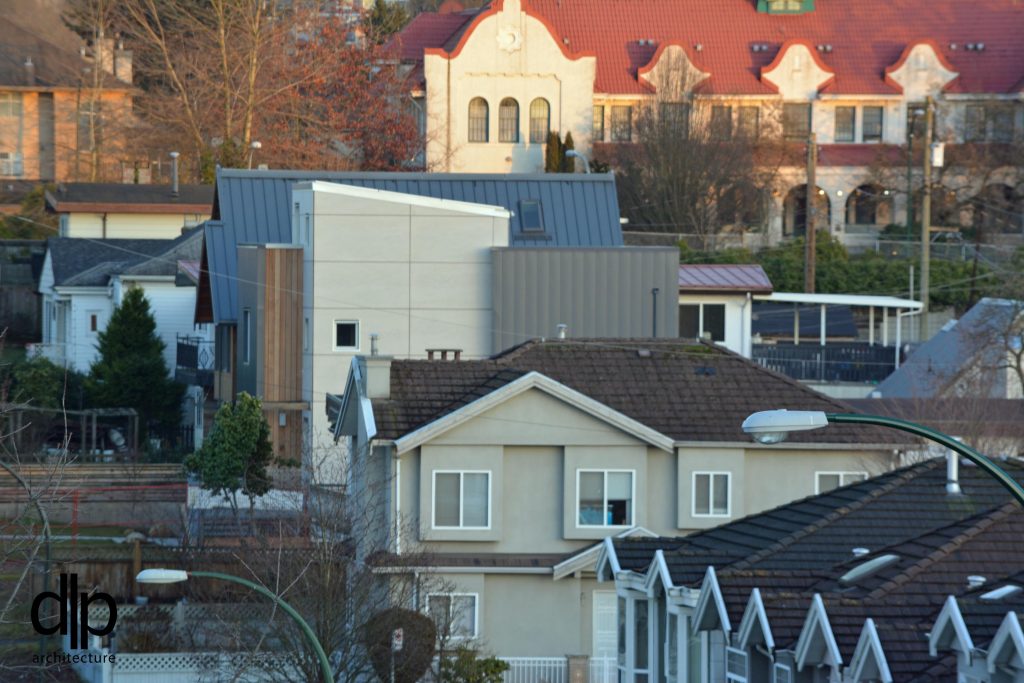 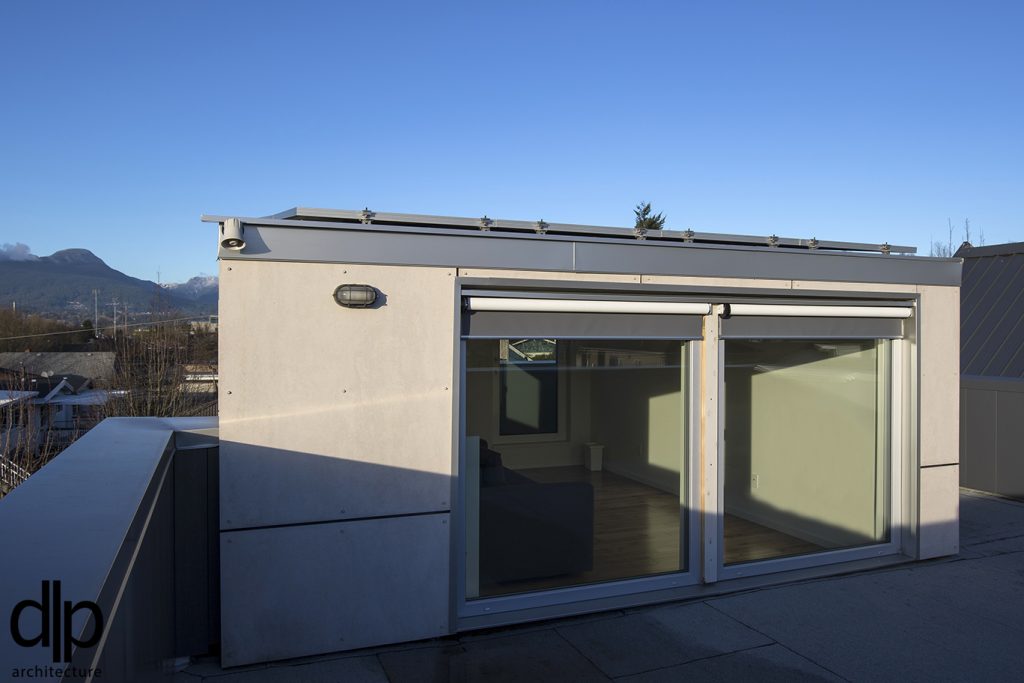 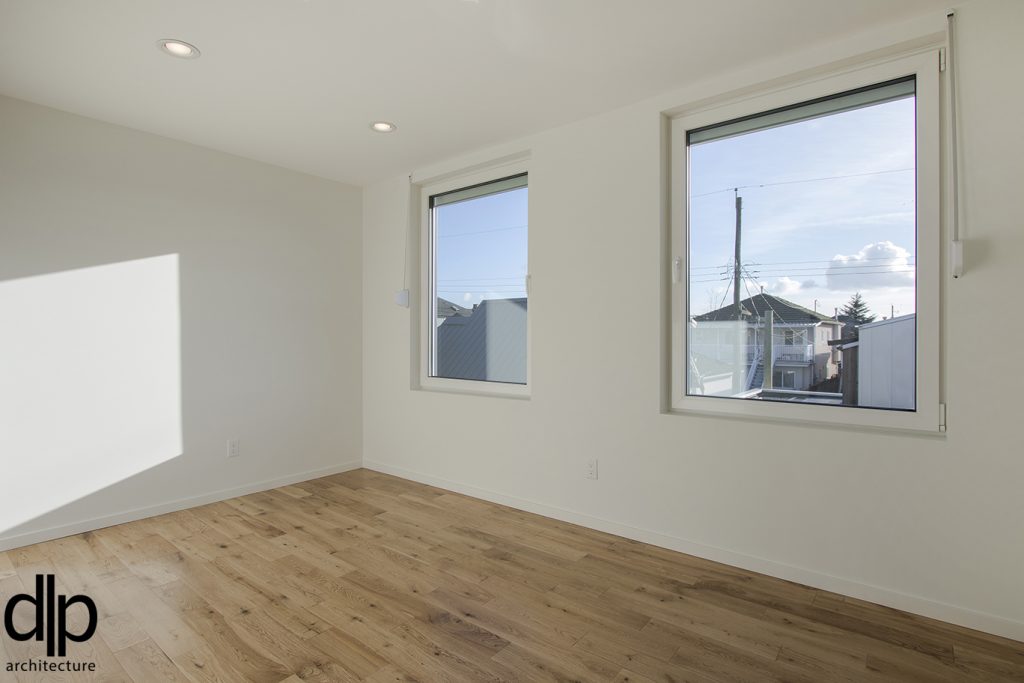 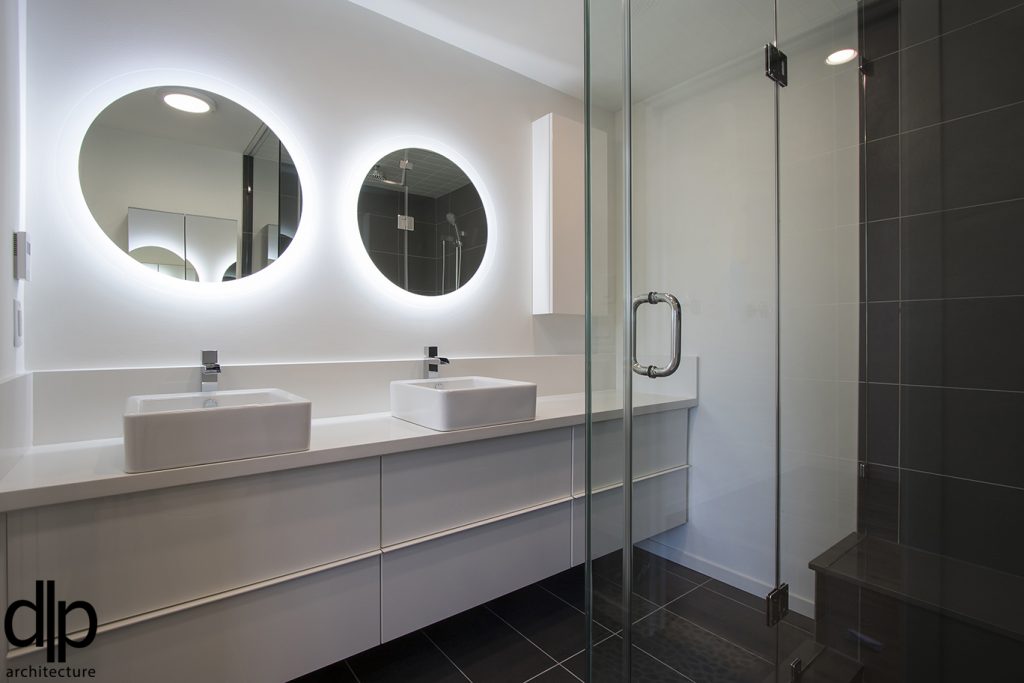 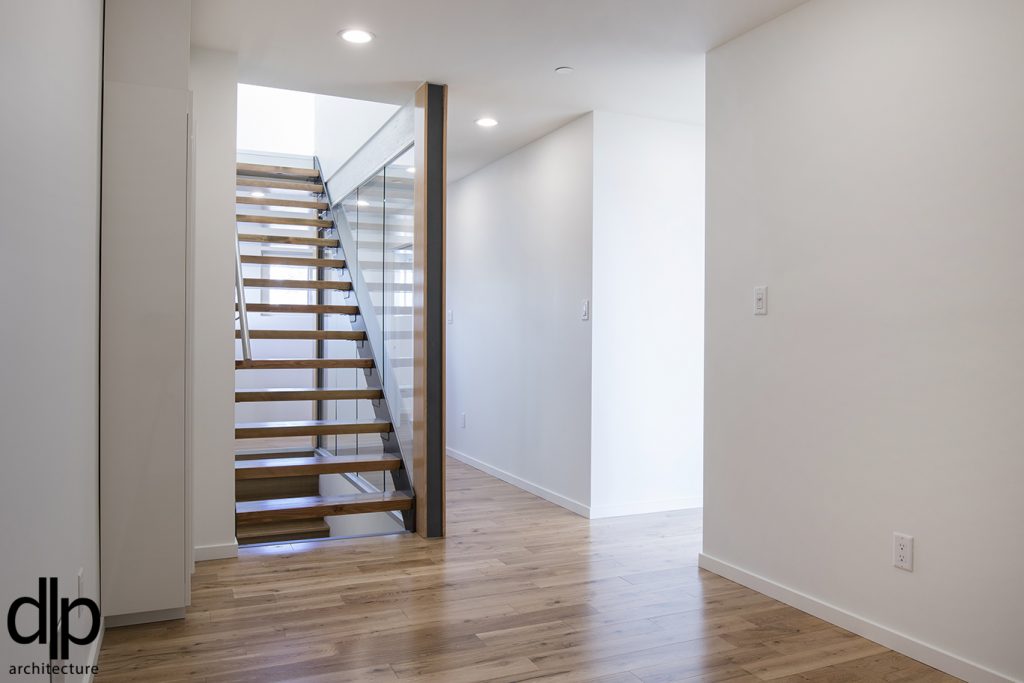 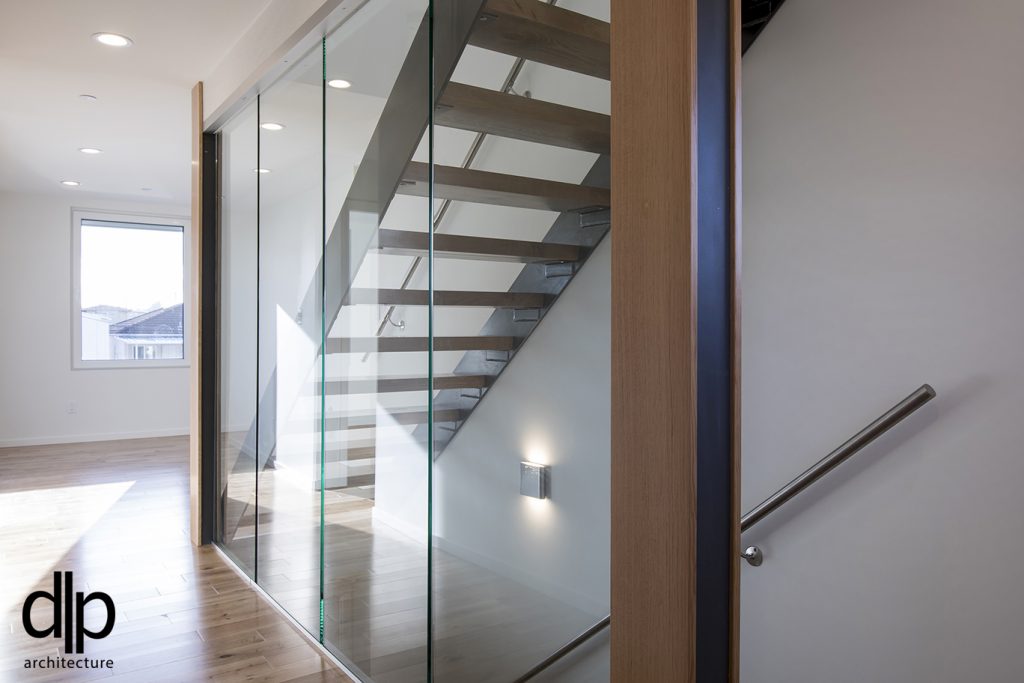 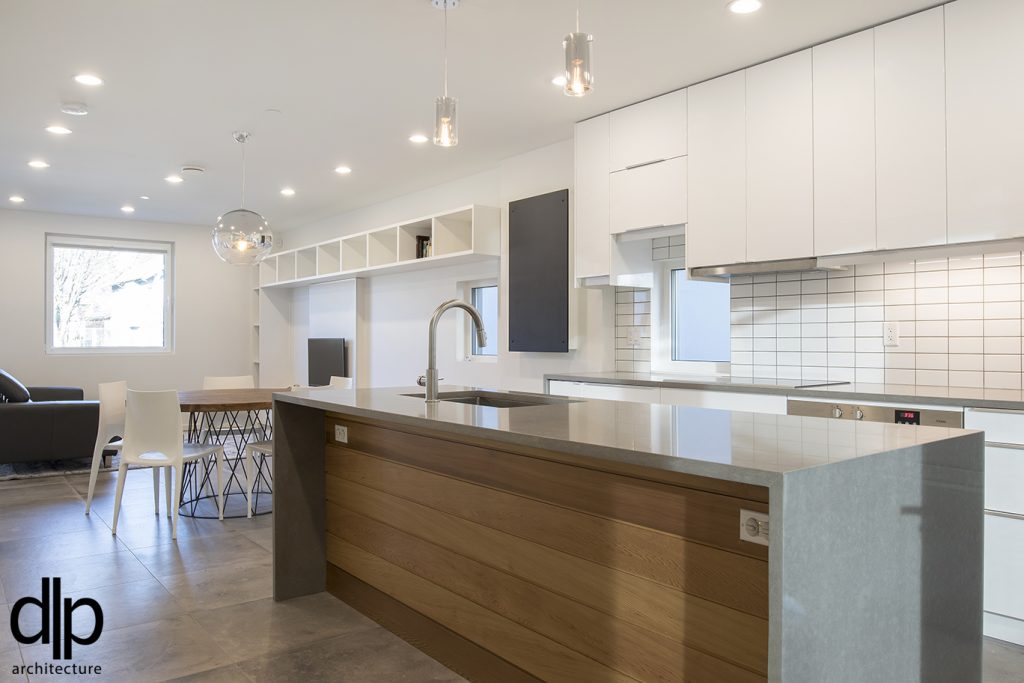 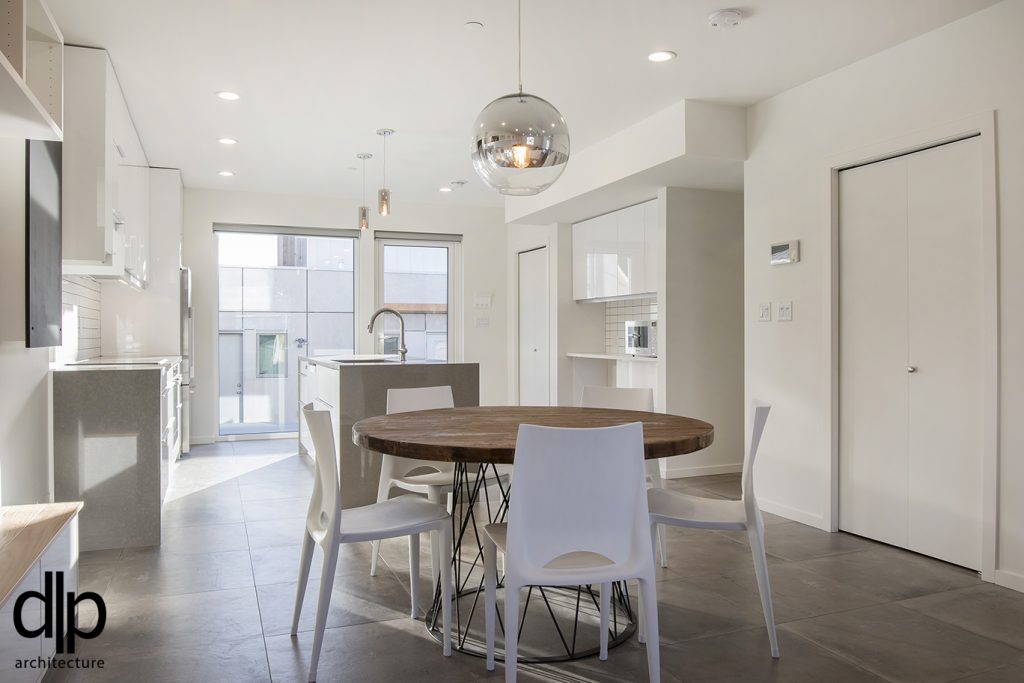 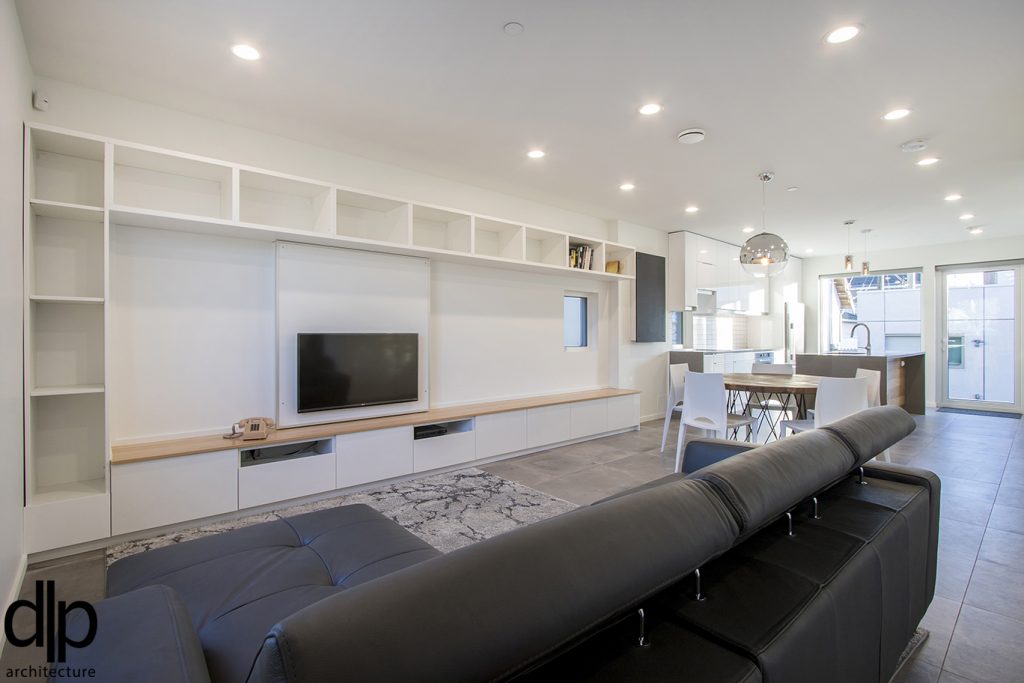 Casa Luca was a project born out of the necessity for a bigger space for a growing family. The process may have started as such, but it quickly evolved into a broader challenge of creating a housing prototype for young urban families. Could we produce an easily replicable typology for Vancouver’s RS-1 zone that was beautiful, a source of inspiration and learning, yet also achievable in today’s market? By employing commonly used construction approach, materials, and components that met the PH standard we were able to do so with only a small cost premium over standard construction techniques.
Casa Luca sits on the south side of an east-west street in a part of Vancouver that enjoys mountain views to the north. To achieve PH performance, one must limit glazing on north facades and give priority to solar gain from the south. A roof deck overcomes this conflict by providing those views, and at the same time, a private outdoor space away from the street.
Also, a 3kw solar system was installed [that is currently producing half of the energy that is normally required for a house this size in Vancouver]. The panels were easily added to a metal standing seam roof, but the roof itself was a challenge. In Vancouver, designing a south-facing roof on lots zoned RS-1 is problematic, because the angle of daylight setback generally supports gabels that slope eastwest. We had to get relaxation to make it work.
Further to standard PH requirements, analytical sensors were installed to test the performance of all walls and roofs for moisture content and temperature gradient. As well, the power produced by the solar panels is logged and compared to actual usage.
Casa Luca is the proof that it is possible to produce a custom-designed building that is truly energy and cost efficient while satisfying everyone’s needs and dealing with Vancouver’s zoning.

You don't have permission to register